The key to sustainable development is the introduction of higher dimensions of consciousness into our awareness. In Manav Rachna, we are committed to make people conscious about their decisions, actions and behavior which would be affecting the environment. The campus which is in the process of becoming a green and carbon neutral campus is the projection of our collective consciousness.

The Father of the Nation, Gandhi ji emphasized that “The Earth, the air, the land and the water are not an inheritance from our forefathers but on loan from our children”. In the true spirit of Mahatma’s insightful and prudent message, Manav Rachna began its march on the road that is still considered less travelled, the road leading towards the goal of re-visiting the Green Revolution by adopting a Green Policy that would transform the whole campus into “Carbon-neutral”, “Eco-friendly” and Green campus. The Green Policy which was formulated in alignment with the Environmental Policy proposed by AICTE is a roadmap to achieve the goal of Going Green. Standard Operating Procedures for Energy Conservation, Water Conservation, Waste Management, Plastic Waste Management and Environment Protection have been developed and promulgated and are the guiding documents to plan and execute the processes instrumental in environmental conservation. 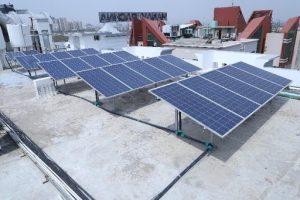 To bring the dream of making Manav Rachna self-reliant and sustainable into reality, major initiatives have been undertaken: Installation of Solar Photovoltaic Systems in campus for generation of renewable energy; Commissioning Rain water harvesting systems at four locations in the University campus to collects the rain water for storage in tanks and further use; Setting up Sewage Treatment Plant of capacity 200 KLD at the university campus for recycling of sewage water which is used to water the plants in gardens and lawns of the campus and flush the toilets in the campus. 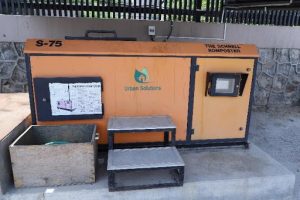 It is worth noting that the campus is a ‘Zero Discharge’ campus which has attained complete recycling and reuse of waste water. To further strengthen the efforts towards making a carbon neutral, green and environmentally rich campus, an automatic bio-composter of capacity 75 Kgs per day is installed in the university campus which converts the organic waste into compost. The organic waste including food waste, kitchen waste and garden waste can be recycled into compost through the bio composter which is used to fertilize the garden soil within the campus, ensuring no discharge in the environment and reducing dependence on chemical fertilizers. The non-biodegradable waste generated in the campus is segregated at source by disposing the dry, wet and hazardous waste separately in colour coded dustbins, which are deployed at various locations in the campus. The non-biodegradable waste is taken away from the campus by M/S Ecogreen Energy, Gurugram for appropriate recycling who are authorized by Municipal Corporation of Faridabad to collect, recycle and dispose of the domestic waste. 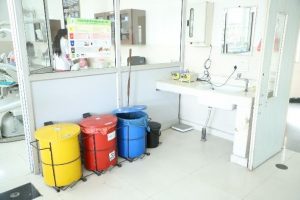 The biomedical waste generated in the university is disposed in colour coded bins with closed lids for segregation and is further collected on a regular basis by a registered vendor ‘Golden Eagle Waste Management Company, Faridabad’ who are authorized for collection and safe disposal of Biomedical waste. 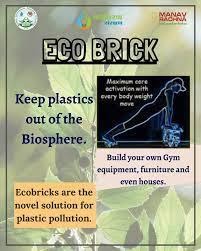 Manav Rachna has pledged to ban single-use plastic, organized a Rally to spread the message to Ban on Single Use Plastic which eventually led to campaign SAY NO TO SINGLE PLASTIC: REDUCE, REUSE, RECYCLE GO GREEN WITH MANAV RACHNA. 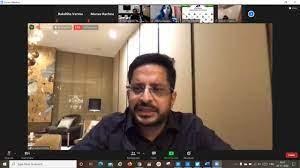 Awareness is spread by organizing Seminars, Workshops or training for the students, faculty and society. One such webinars was organized on “Water Efficiency for Sustainable Building” on the occasion of Water Day the 22nd March in which Resource person Dr Sanjay Mathur, Professor & Head, MNIT, Jaipur, Dr. N C Wadhwa, Director General, MREI and Dr. I K Bhat, VC, MRU highlighted the scenario of drinking water in the world as well in India in particular, the need to become water efficient and make sustainable buildings and ways to bring water efficiency. On the occasion of WATER DAY (22nd March) Manav Rachna initiated CONSERVE WATER PLEDGE campaign all across India where people took online pledge using the link and received their softcopy of pledge with their name, photograph and signature. We had great responses from students of different colleges, cities, states and countries as well. 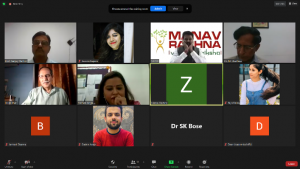 Environmental and Sustainability audit, Energy Audit are done regularly to evaluate the status and undertake the measures. To provide the strategic direction and guidance in its journey towards Going Green, Manav Rachna has roped in a highly esteemed and erudite Advisory person like Mr. Rajendra Shende, a former Director of United Nations Environment Programme (UNEP) in Paris and currently Senior Expert nominated by Government of India to United Nations Environment’s Technology and Economic Assessment Panel (TEAP).
In the endeavor ‘Go Green’, Manav Rachna seeks to empower youth to be at the forefront of this mission. Army of Green warriors is being raised in Manav Rachna who would be spearheading this movement to spread the message of saving the environment and attaining carbon neutrality to the masses.
Manav Rachna is making every effort not only to make campus eco-friendly, green and carbon neutral but also to contribute a bit to make surrounding carbon neutral.